I had a late flight home on Southwest Airlines departing out of Terminal 2. I am originally from St. Louis, and am excited that they finally have a priority pass lounge here. This is my first time ever using one of the restaurant “lounges” so I was excited to see how it works. 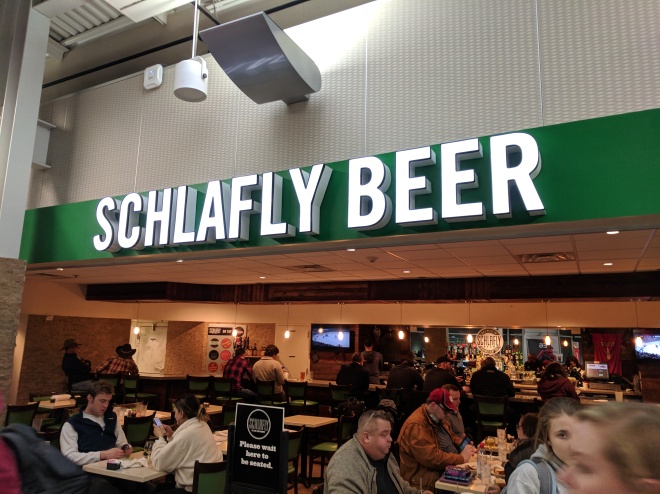 I was traveling with to co-workers. We had already eaten dinner that night, so we weren’t really hungry. The priority lounge in Terminal 2 is The Past House / Schlafly Beer Restaurant. This is towards the end of the terminal, but Terminal 2 is pretty small so its probably less than a 10 minute walk to the farthest gate. 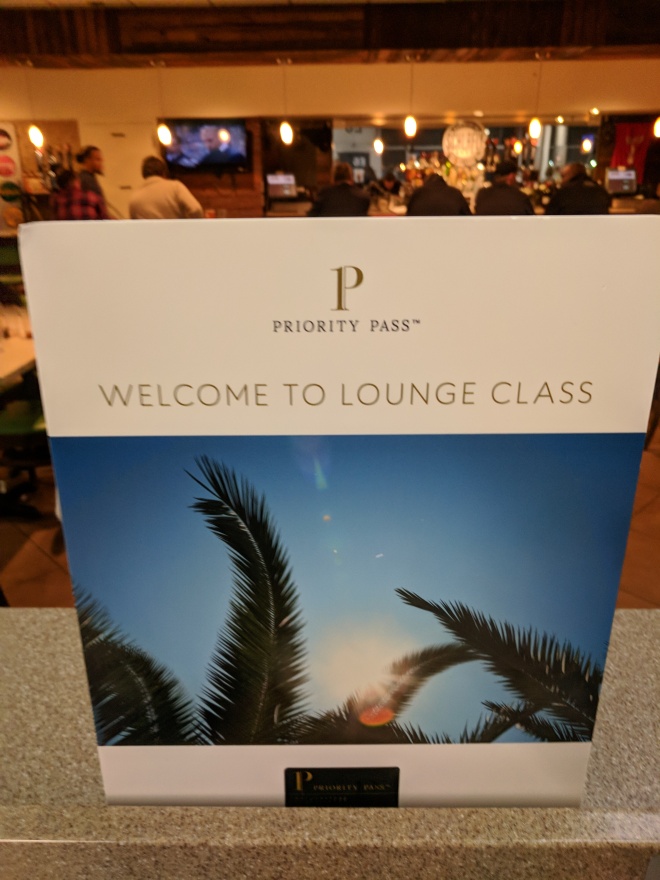 We went to the hostess and she seated us and took my priority pass card. I have several different memberships from credit cards. This one was from my Citi prestige card which should give access to 2 guests or family.  The hostess came back and told us we had $58 dollars to spend. I am not sure how she came up with that much, or if she was including all 3 people, but $58 was plenty for our 30 minutes there. We had some toasted ravioli and local Schafly beer.

Overall, its nice to see a lounge at the STL airport. However its not very relaxing or a place I would want to spend more time than needed at. Its a cheap busy airport restaurant that I would rather just have some food and beers and get on my way.