After flying from Baltra, Galapagos to Guayaquil, Ecuador to Panama City, Panama we got into our Uber at about 7pm. It was only about 20 minutes and $22USD until we arrived at the Waldorf Astoria. Rates for our date were starting at about $170 a night plus taxes, and I decided to use 36k Hilton points for a 2 double bed room.

The exterior of the hotel was nothing fancy and you could barely tell it was a Waldorf when pulling up. The area the hotel was in was safe and fine, but nothing upscale. Our bags were taken from the Uber and on to the front desk we went. I saw they had some 1 bedroom suites available online and asked for a complimentary upgrade but was denied as a diamond member. Off to our 12 floor room we went.

There were some nice snacks and water waiting for us in our room.

The room was similar to Hiltons or other 4star hotels in the US. The room was not that impressive for a Waldorf Astoria.

The bathroom was quite large though and very well it. There was also plenty of towels already in the room. After a not so great shower at our hostel in the Galapagos, we loved the great shower here. 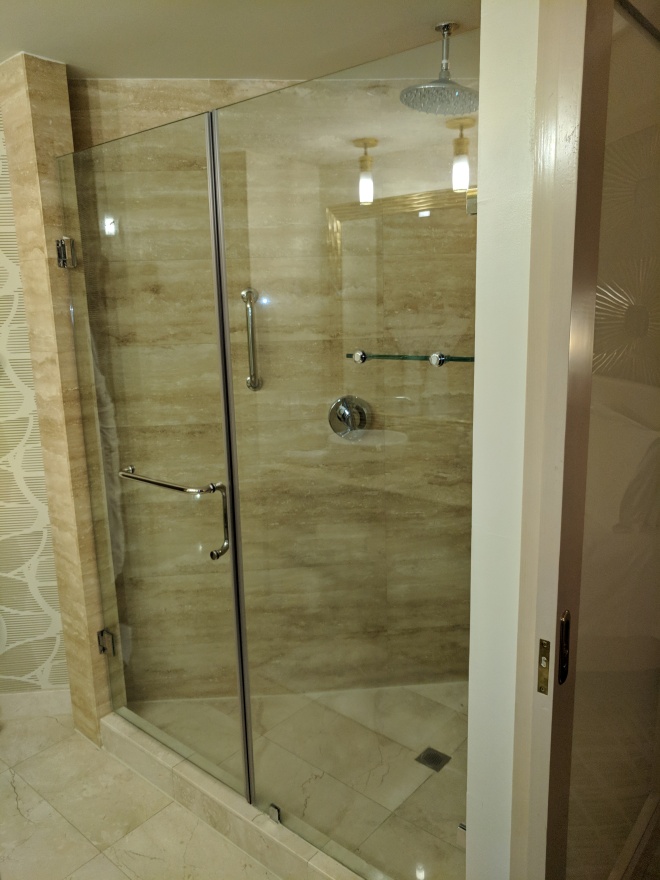 While we are the 12th floor, there was a lot of noise from outside the hotel. I don’t know if it was from a wedding that was going on during our stay or just from nightclubs close by. I called the front desk and they said that noise and music would be going on till about 1am. They offered to move us to a different room, but we were all already in bed so I just put headphones in.

A new Diamond amenity at Waldorf is complimentary breakfast. This is typically for 2 people, but they did not charge our kids either. Originally they brought us a bill for 4 people, but then I told them we were Diamond and they zero’d it out. The food was good, but nothing amazing. They had a cooked to order egg station, some Asian dishes, typical American breakfast, as well as some Panamian foods. 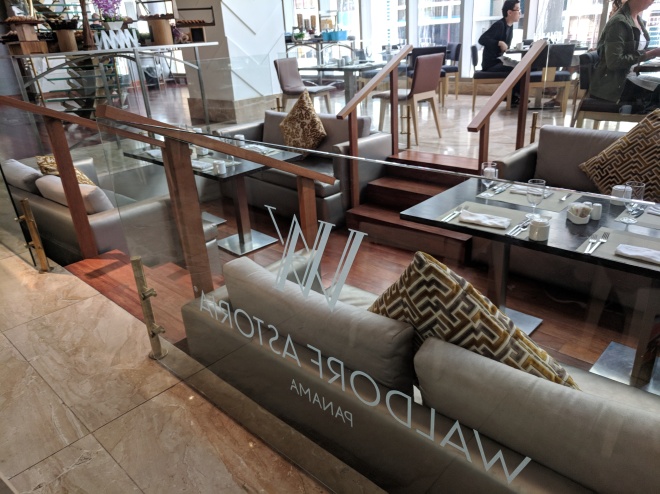 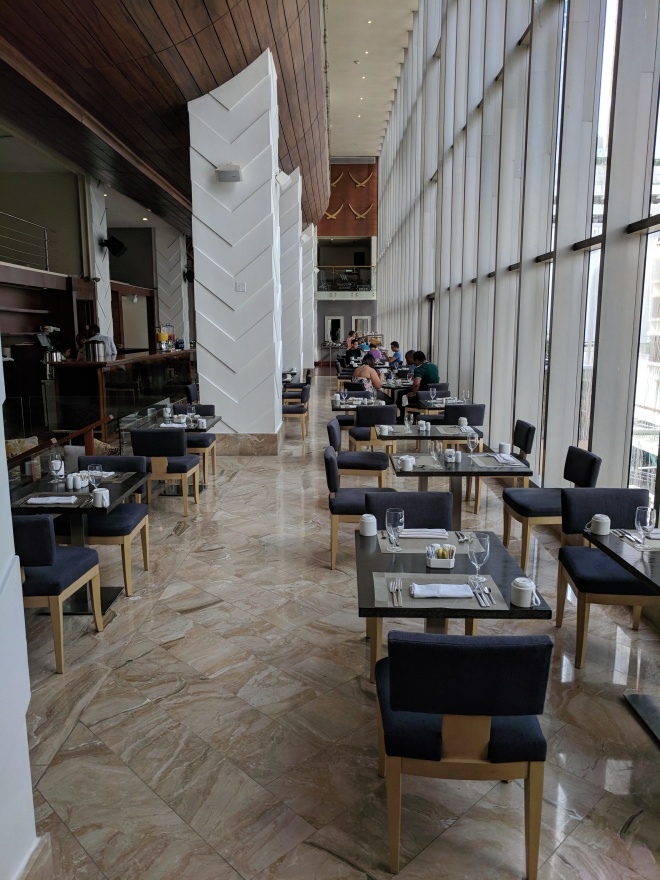 While we did not have time to use the pool area, it was pretty cool. Lots of nice lounge chairs and plenty of space to relax. The pool as not large but it was big enough. 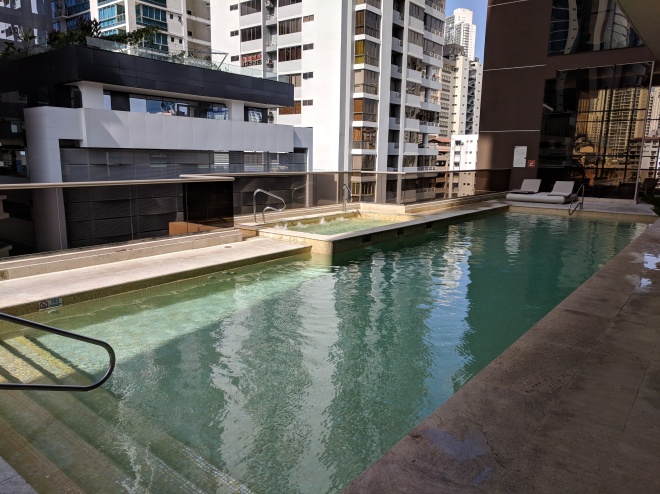 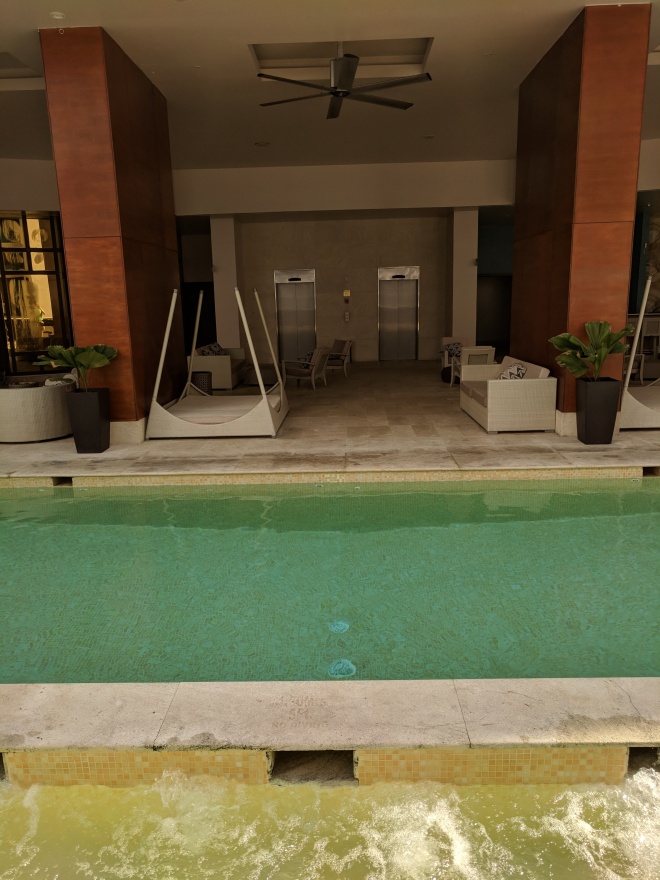 Now the Health Club here was huge with multiple levels. When i popped my head in, there was nobody in there either. 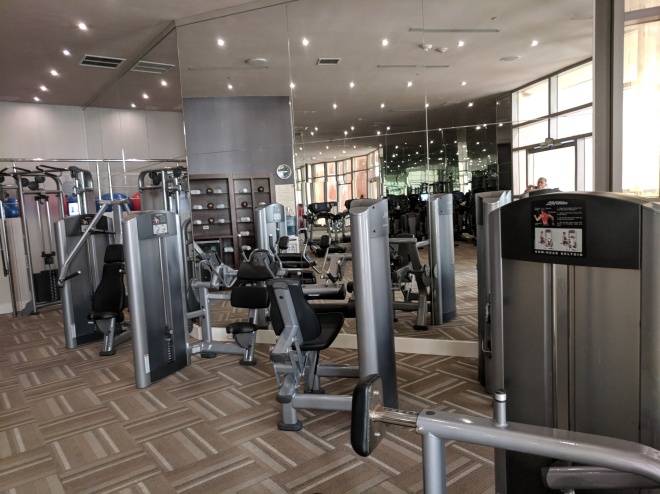 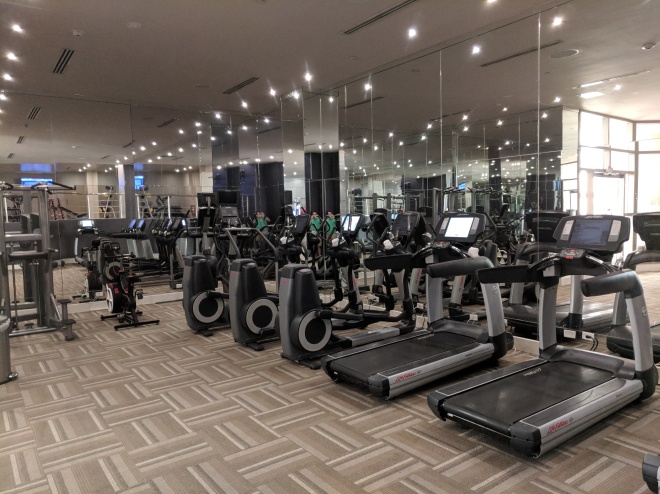 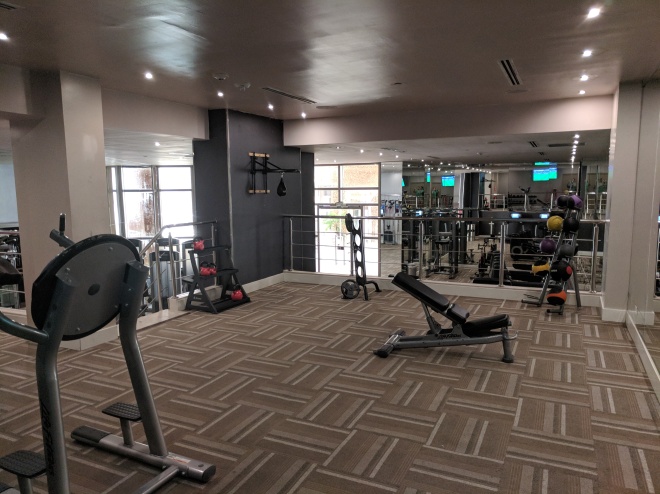 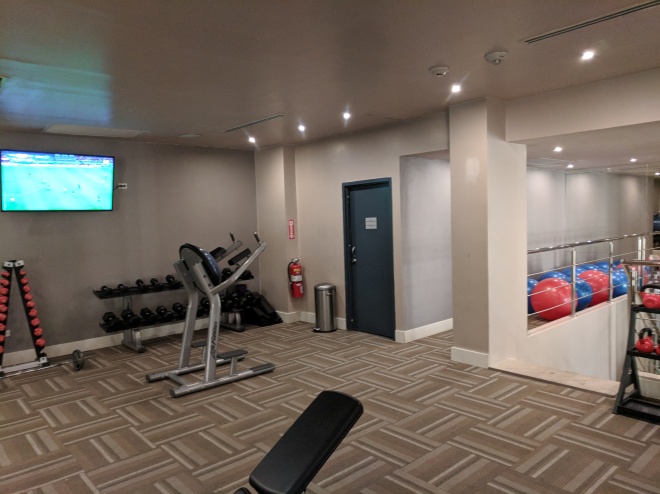 Overall the hotel was nice, but it was nothing amazing. I was hoping for something a lil more over the top for a Waldorf Astoria.  The price is pretty cheap and not too bad with points either. However hotels in Panama are inexpensive. If I were to go back, I would probably stay at like the Doubletree or other mid tier hotel where rates are around $50 a night.