Recently our family of 4 went to London and back. I was able to book these roundtrip tickets for 54k points each during one of the Delta Flash Sales. As a Delta Platinum member, I was also able to get 2 seats upgraded to comfort plus.  It was nice as the configuration on both flights were 2-3-2, and on each flight we were able to get the last row of comfort plus, and the first row of economy.

Now I thought that comfort plus was going to be a little bit different than economy. I knew that there would be a lil extra legroom (Delta claims 4 inches) but I had the impression this would also include better meals or better service. It is the exact same meals and service as all of economy.

The menus and meal selection are decent, but the same for economy and comfort plus.

The Pasta was just horrible. Brownie was great though. 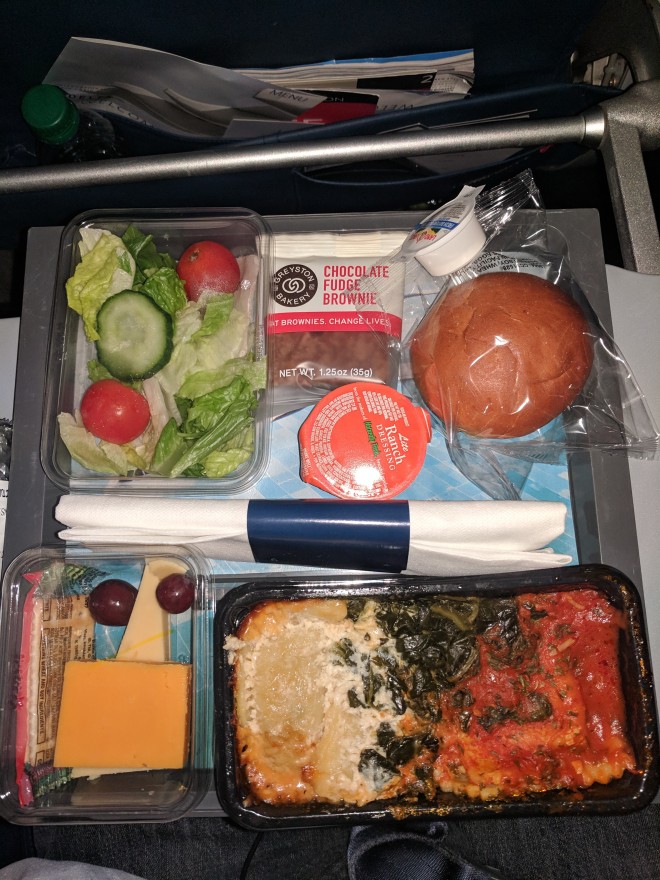 Chicken salad wasn’t what I was expecting, but was edible. 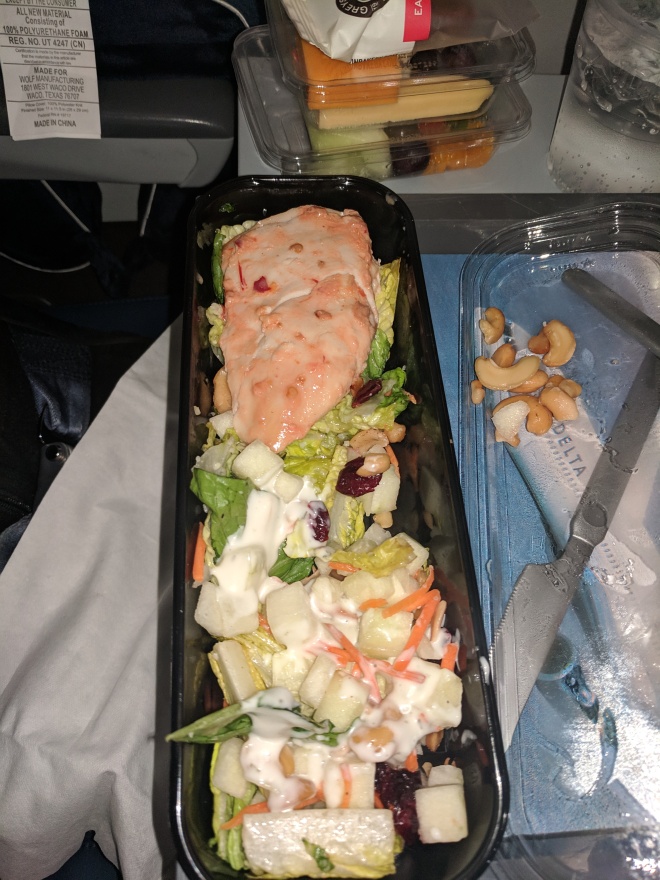 Now I asked for a Baileys and coffee before landing in London. I was informed they already locked up the liquor cabinet. But then 5 minutes later the flight attendant made my day with this!

Salad was OK, but break and cheesecake were amazing. 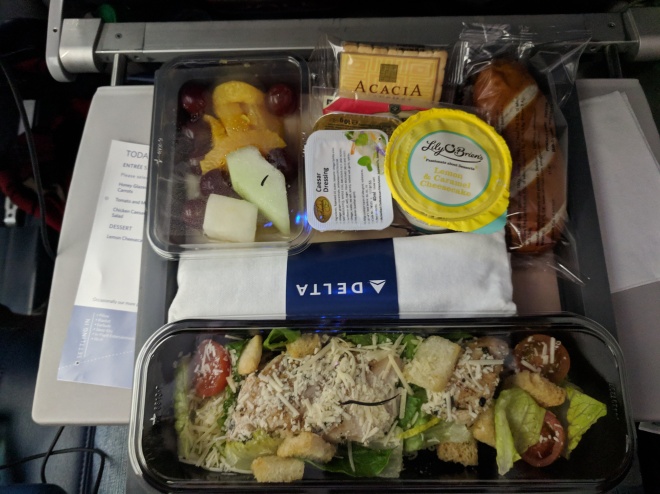 While the sandwich doesn’t look all that appetizing, it was surprisingly tasty. 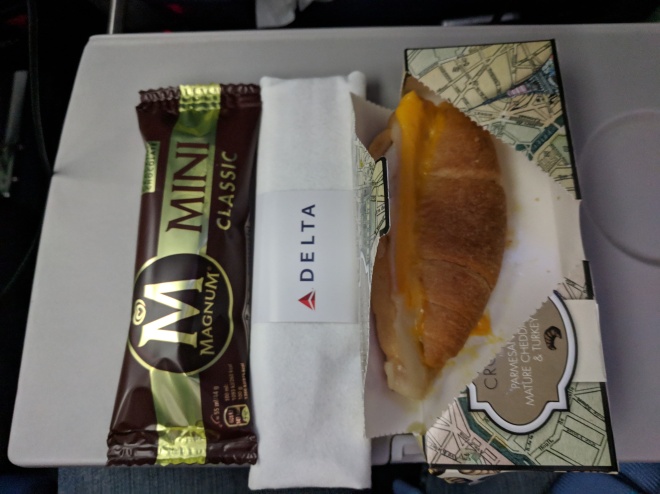 On both flights they passed out full size water bottles which is an great easy way to stay hydrated. 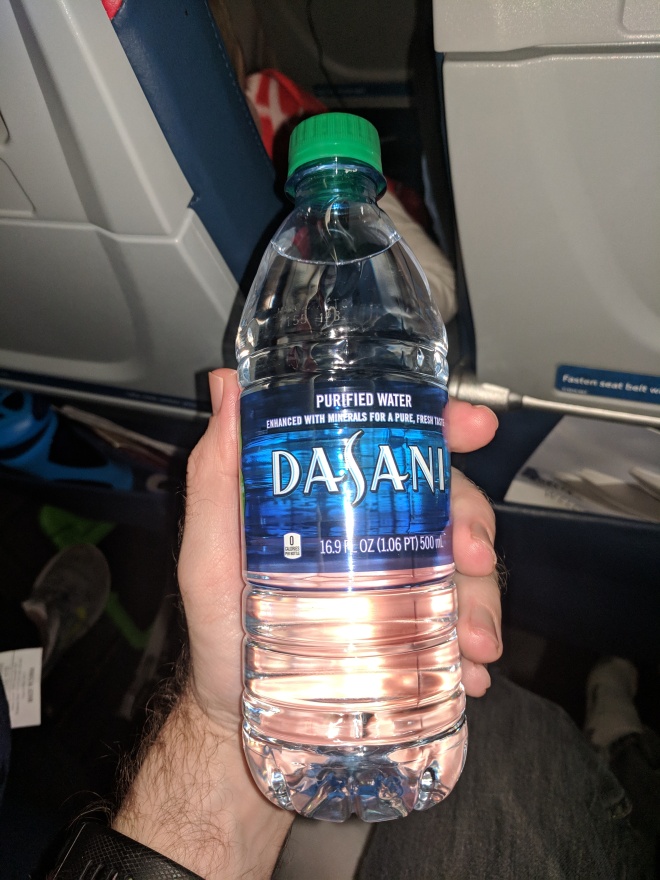 The in flight media selection was the same on both flights, and it was great. Lots of new releases and hours to keep adults or kids entertained. The hardest part was figuring out which movie to watch. The screens were also large, new, and very crisp.

The best way to get a few hours of sleep on the way from LHR to MSP. 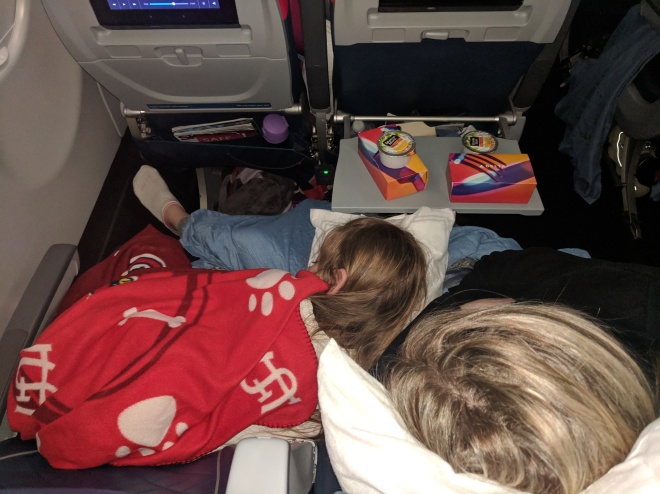 These were both great easy 8 hour flights across the pond and back. I was glad for the complimentary upgrade to comfort plus, but I would never pay anything extra for it.